As Calumet City enters the new century, it is only fitting that we reflect on its rich history.

The region’s earliest inhabitants, the Indians, were a semi-nomadic people who came from Asia across the land bridge now drowned by the Bering Strait. These pre-historic Indians were known to have passed through the region in order to migrate to warmer climates. Even today, objects and artifacts such as arrowheads are found in the Green Lake Woods, across from River Oaks Mall, as well as in the Wentworth Woods.

Memories of the “Village of West Hammond,” as Calumet City used to be known, include everything from  people who sparked community spirit to the bootleggers who defied prohibition to run illegal drinking parlors along State Street. Calumet City was shaped by memorable people such as the Schrum Family, who were among the first settlers; Faith Bailey, a nurse who was a crusader in public health; and, even by such figures as crime baron and beer overlord of the 1920’s, Al Capone.

Calumet City also progressed in the areas of real estate, construction, public safety and industry. In the early 1900s, the population more than doubled and construction businesses could not keep pace with the demand for homes. Land was acquired to build a two-story brick building that, today still houses City Hall. Water mains and hydrants to supply water for domestic and fire protection were laid on nearly every street and wooden sidewalks were constructed. A second fire department was established in order to protect the entire Calumet City territory, and one of the greatest improvements was the construction of an electric light plant that was expanded to provide street and incandescent lighting.

After the great fire of 1901 that destroyed the only major industry in West Hammond at the time, the G.H. Hammond Meat Packing Plant, other industries had to step up to fill the economic gap left behind. Some of the businesses that helped the community recover included the Hirsch Stein Starch Company, Bernard J Burczyk’s Printing Company and the West Hammond Brewing Company.

Now in our 123rd year of maturity, Calumet City remains strong in ethnic, racial and cultural diversity. While we have learned from the past, we face the future with a fresh, new and energetic vision. 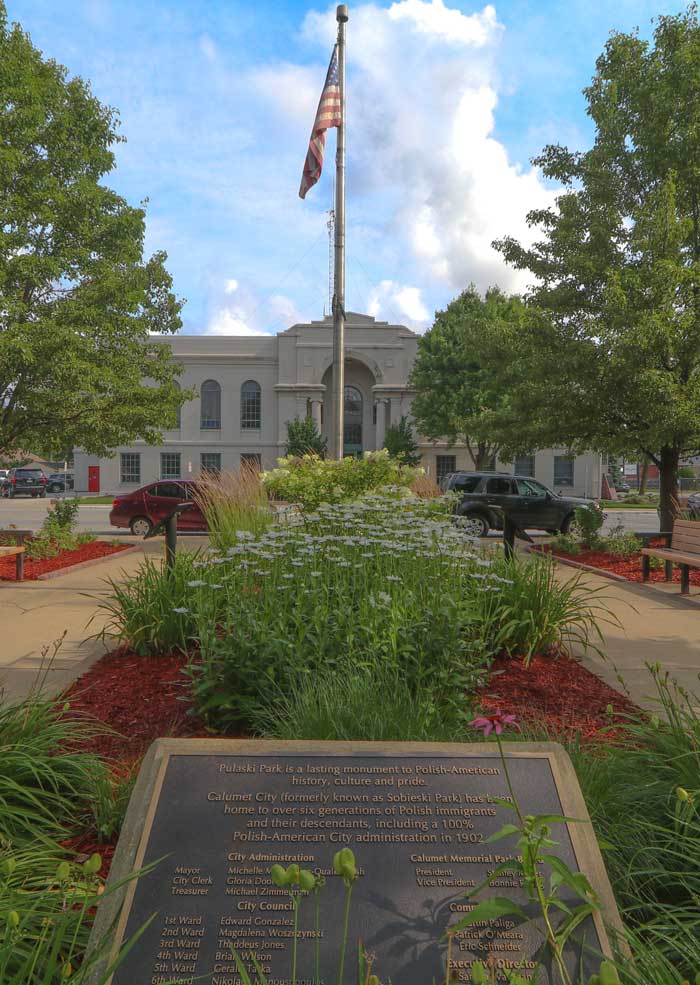