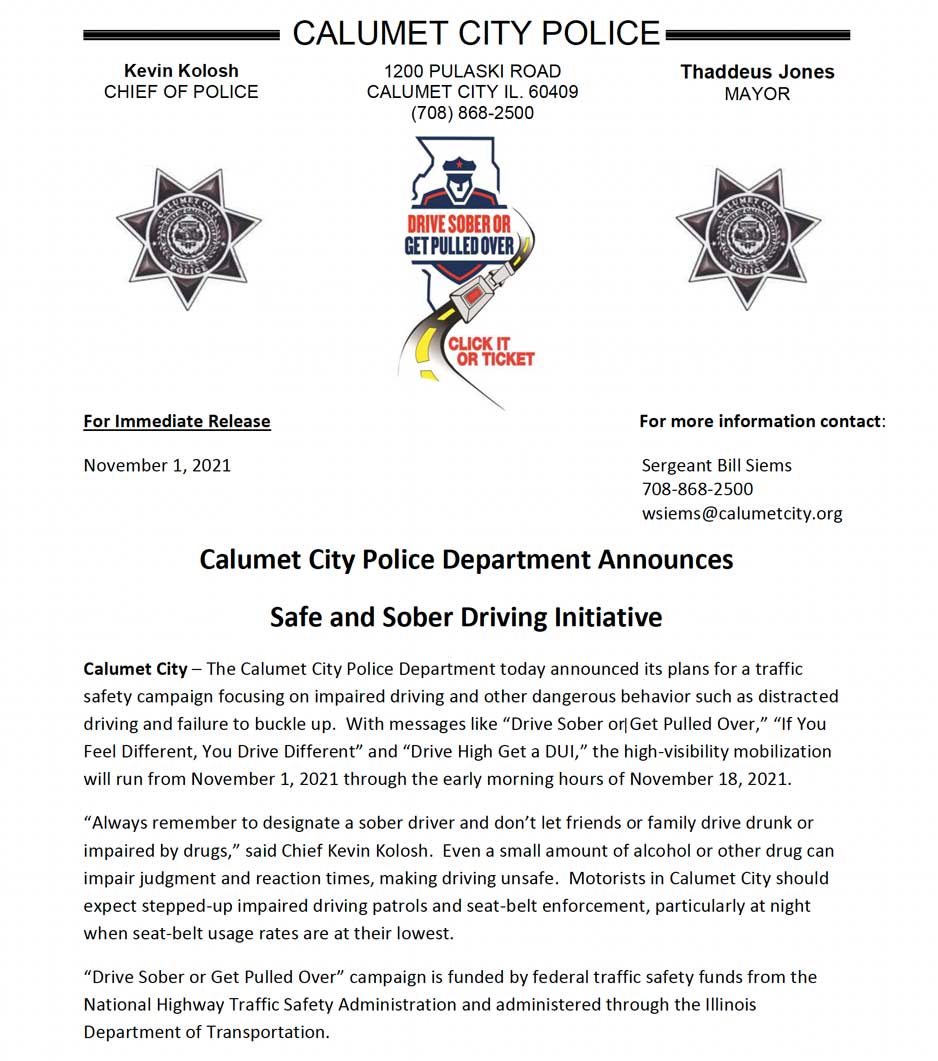 Calumet City – The Calumet City Police Department today announced its plans for a traffic safety campaign focusing on impaired driving and other dangerous behavior such as distracted driving and failure to buckle up. With messages like “Drive Sober or Get Pulled Over,” “If You Feel Different, You Drive Different” and “Drive High Get a DUI,” the high-visibility mobilization will run from November 1, 2021 through the early morning hours of November 18, 2021.

“Always remember to designate a sober driver and don’t let friends or family drive drunk or impaired by drugs,” said Chief Kevin Kolosh. Even a small amount of alcohol or other drug can impair judgment and reaction times, making driving unsafe. Motorists in Calumet City should expect stepped-up impaired driving patrols and seat-belt enforcement, particularly at night when seat-belt usage rates are at their lowest.

“Drive Sober or Get Pulled Over” campaign is funded by federal traffic safety funds from the National Highway Traffic Safety Administration and administered through the Illinois Department of Transportation.